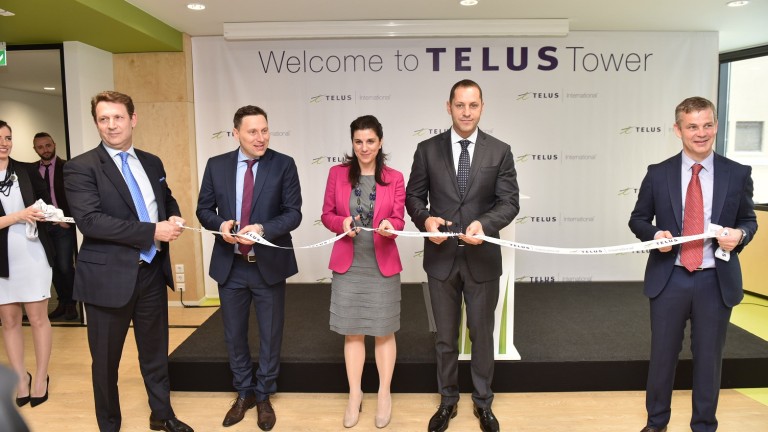 Posted at 13:31h in Latest News by tadmin
On 22 of March, TELUS International Europe, the biggest employer in the outsourcing industry in Bulgaria and the biggest tenant in TELUS Tower, opened their newest office in Sofia with an official ceremony. The event was attended by Mr. Alexander Manolev, Deputy Minister of Economy in Bulgaria, Mr. Kevin Hamilton, Ambassador of Canada in Bulgaria, Mr. Grigorios Vasilokonstantakis, Ambassador of Greece in Bulgaria, and Mr. Jeffrey Puritt, President and CEO of TELUS International.